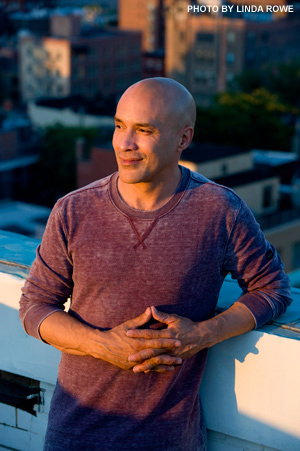 Dan Reed, formerly of ‘Dan Reed Network’, (DRN) was born in Portland, Oregon but was moved to South Dakota at a very young age after his mother Elizabeth married a Cattle Rancher from the midwest by the name of Thomas Reed. It was here were Dan first found his love from music, singing in the school choir, playing trumpet in band and performing at proms and small bars with his first high school band ‘Nightwing’. After winning various local talent shows, Reed had it in his blood to pursue a life path in music and the arts.

Although there were many incarnations of bands Dan performed with in South Dakota and in Portland it was in December of 1985 where he truly first began his musical journey as the lead singer of a band called “The Dan Reed Network”. Garnering huge local support Dan Reed Network was signed to Polygram in 1987 by Derek Shulman, famed A+R man who signed ‘Bon Jovi’.

Managed by Bill Graham and Q-Prime later, DRN played opening act on European tours for Bon Jovi, The Rolling Stones, David Bowie and Midnight Oil, and performed in America with Run DMC and toured with UB40. Selling nearly 2 million albums worldwide, DRN was part of the funk rock movement and released three albums with Polygram between 1989 and 1992. The Dan Reed Network released three successful albums to much critical and commercial success between 1988 and 1992 and had the opportunity to work with producer greats Bruce Fairbairn, and Nile Rogers for the three Polygram releases, while managed by Bill Graham and Q-Prime respectively.

In the 1990’s Dan started an independent record company in his hometown of Portland, Oregon to help promote local Northwest bands, while at the same time studying acting. Dan was cast in a number of plays and small role’s in television and film projects, and was given positive reviews for his performances which gave him confidence to take it to the next logical step – screenplay writing. ‘Zigzag’, a script penned by Dan, caught the eye of a local production company in Portland and was produced in 1997 with Mr. Reed playing the leading role. The film reached the Top 20 in Billboard’s home video rental category.

DRN got to see the world opening for such bands as RUN DMC, UB40, David Bowie and Bon Jovi, eventually becoming the supporting act for the Rolling Stones’ 1991 European tour. It was at this time Dan journeyed to India with Bob Guccione Jr., editor of Spin Magazine, to interview the Dalai Lama for magazine. It was during this trip that Dan began to hunger for more than the music scene had to offer. This trip was the catalyst to a long journey that eventually took Dan back to music in 2008, and to where he belonged… writing and performing new music about new experiences without the baggage of some “rock star image”. 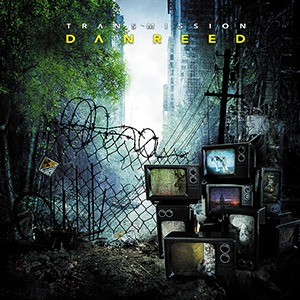 Reed has now released his third solo album entitled ‘Transmission’. This collection of songs was composed and recorded in Prague, where Dan currently resides, and takes on a more live feel and energy than his previous two studio releases ‘Signal Fire’ and ‘Coming Up for Air’. Reed has always had a passion for groups like ‘Bad Company’, ‘Pink Floyd’, and ‘Fleetwood Mac’ and ‘Transmission’ takes it’s aim at realising this type of in your face, honest rock production. Besides tackling all the vocals, Dan performed all the guitar and keyboard work, performing live in the studio beside famed drummer Robert Ikiz from Istandbul, Turkey and bassist Bengan Jonasson from Stockholm, Sweden.

This collection of songs primarily takes a look at the dark side of the human condition and tries to make sense of trying to find light in the midst of the chaos. This will be Dan’s second album financed through Pledge Music through those who support his music and reached 100 percent of it’s goal in less than 2 weeks from launching the campaign. 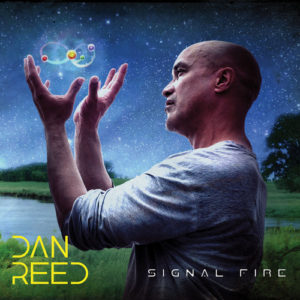 Reed’s second solo CD, ‘Signal Fire’ released in early 2013, was a collection of thought provoking tracks, co-produced by Reed and Rob Daiker (Meredith Brooks/Katy Perry/Fame Riot). Signal Fire represented a step toward a more edgier sound than his 2010 solo effort ‘Coming Up for Air’, yet still held on to the intention of finding hope in a world riddled with great hypocrisy and great hope.

While ‘Coming Up for Air’ was composed in Jerusalem and Northern India during 2007/2008 and represented Reed’s quest for insight on religious conflicts and making peace with inner demons, ‘Signal Fire’ took a more pointed look at the world’s political/social/environmental conflicts. With ‘Transmission’ Dan decided to leave political statements somewhat behind and focus more on the conflict within the human heart and soul.

Dan also released a solo acoustic album entitled ‘In Between the Noise’ in 2014, as well as a DRN compilation 2 disc set called ‘Anthology’ which covered both previously released DRN songs, along with 4 new live tracks from the Network’s recent reunion shows and unreleased B-Sides. ‘Anthology was also funded through Pledge Music and their fans. 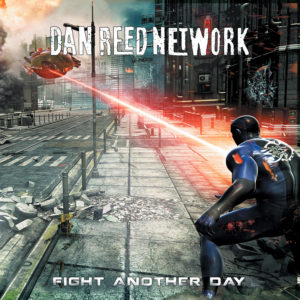 Reed took a long hiatus from the music business in early 2003 and spent 4 years in Northern India and Jerusalem, living in a Tibetan Monastery and studying religions while in the Middle East. Coming back to music in 2009 he now performs extensively throughout Europe and the United States, both with his solo band and DRN and has in recent years performed at the ‘Sweden Rock Festival’ and England’s ‘Download Festival’ twice.

Currently Dan is work with the other members of DRN on new material for a possible DRN album to be released in 2016 while Reed continues to perform nearly every weekend in different countries throughout Europe and the US. With ‘Transmission’ Dan hopes that getting back to the roots of live performance is a positive direction in a world addicted to canned music, drum machines and auto-tuned vocals.

“I just felt it was time to get back to something that feels real, organic, and in tune with the current human condition.” – Reed